On Friday, the City of Southaven hosted their annual Veteran’s Day Appreciation luncheon.
You may remember the City started this luncheon way back when Greg Davis was mayor and he wanted to honor his Dad and others like him who gave so much in service to our Nation…
There was a big turn-out like always but someone was missing… Someone who has been at these luncheons as far back as I can remember.
But this year he couldn’t make the trip because he is now fighting another kind of battle.
Not like he did in his younger days in the Army National Guard, but it’s still life or death – He is fighting cancer.
Arthur Hicks is a long time resident of the Colonial Hills subdivision, and one of the nicest neighbors you could ask for, and I wasn’t going to have him left out.
So rather than attending the luncheon myself, I decided to bring the luncheon to one of our neighborhood hero’s.
As you can see, he and 4 legged pal, named Buddy, were glad to see me stop by.
Thank you Mr. Arthur for your service to our Nation and we offer our prayers for victory in your current battle. 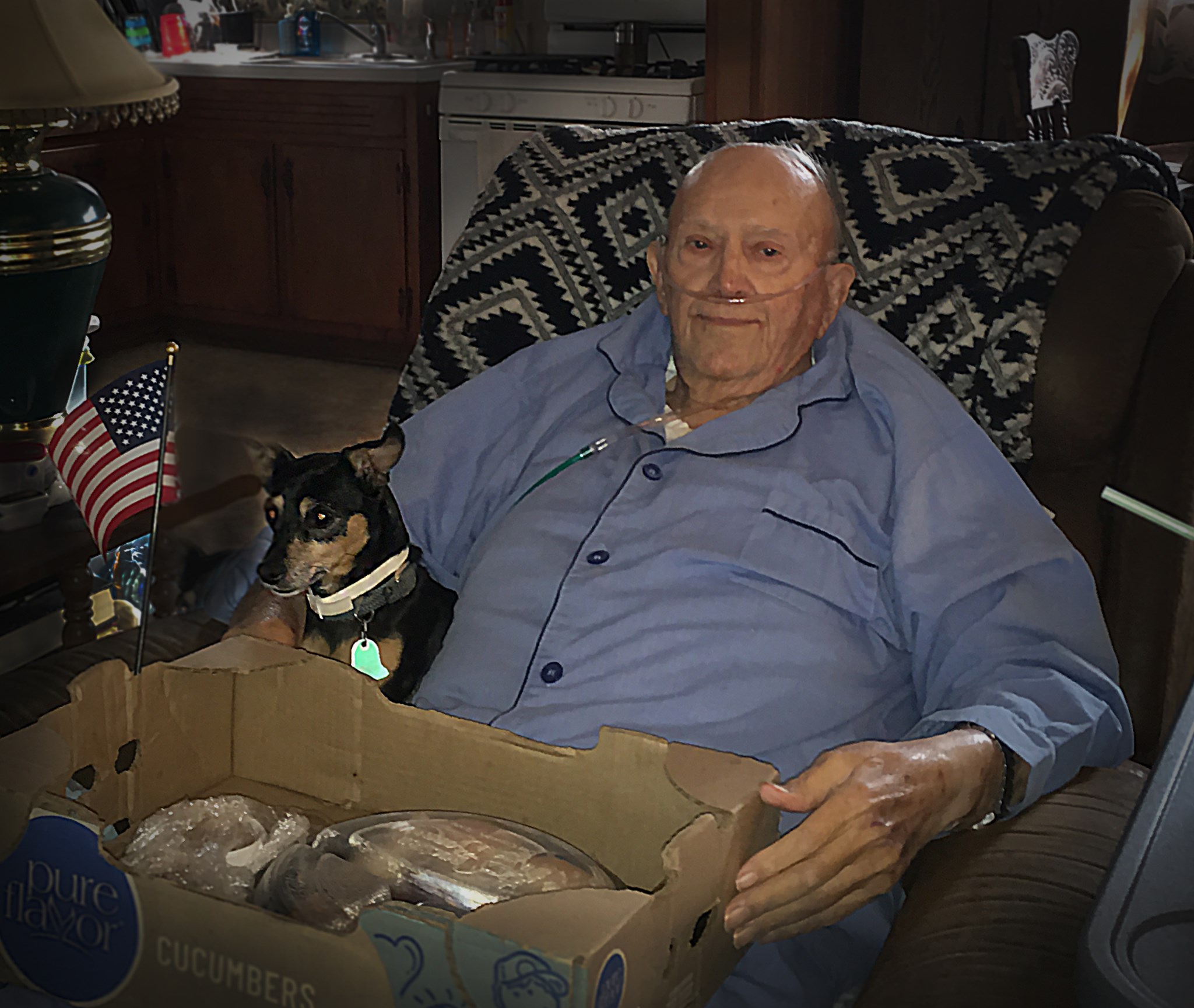